I decided to be a tourist! 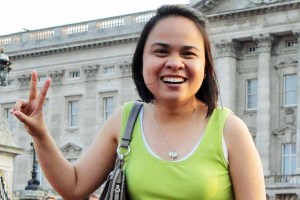 I decided that I will walk miles and miles as if it is my first time in London. 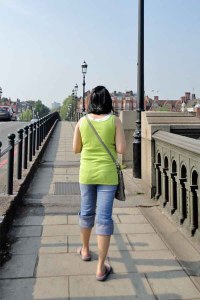 I decided I will take photos at every corner and every iconic places.

I decided I will eat ice cream and pose and smile and be carefree.

Until I realized, I should take this opportunity in visiting what will be the most crowded and well-covered places in a week’s time – the venues for the Royal Wedding! Aha!

There were reporters who have started covering their stories.

There’s a huge platform made for Press people and they have started setting up their gadgets /cameras. 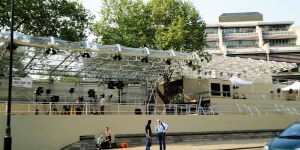 But I was told that in order for me to get near the rails by Friday, I should be ready to camp out and stay there as early as Thursday. So, I tried to practice a bit if I can sleep outside… 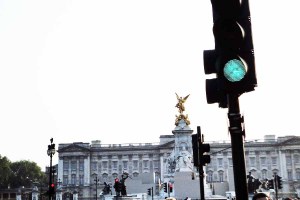 Journalists are now busy preparing from their custom-built deck.

I again tried to practice how to get a better view from the barriers but aaaarrrgghhhh, the gate was too high for me!

Never mind, just remember that the balcony behind me is where Prince William and his bride will make their first public appearance as husband and wife…

Last stop: a peak of the Clarence House where Princes William and Harry live…

It’s getting dark and getting cold…

just like some tourists who are not prepared, I had to buy something to keep me warm. With all the shops closed because it is Easter Sunday, I have to do it the proper tourist way – go to a souvenir shop!

Oh, and I should not forget – a photo with a William and Kate souvenir! 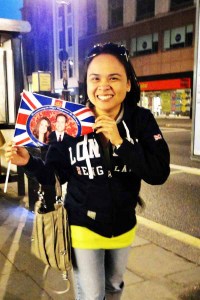 6 thoughts on “Just for Today”